Well what a few days in Melbourne for the 2020 Australian Formula One Grand Prix..
We arrived on Wednesday eager for our favourite event of the the year covering the F1 action and the massive support card of the Virgin Australian Supercars Beaurepairs Melbourne 400 - TCR Asia Pacific Cup - VHT S5000 and the Porsche Carrera Cup.

Our usual plan of attack is to spend Wednesday and Thursday covering media events and Photo opportunities and leave the on track action for Friday, Saturday and Sunday.

But this year due to the Coronavirus disease (COVID-19) the event was called off due to Staff from several teams showing symptoms ( late Thursday Night ) of the virus, and after a call from the the Victorian Government to Run the event without Patrons ( early friday morning) the Call was finally made by the FIA in Conjunction with the Australian Grand Prix Corporation , Formula 1 senior Management, the Teams and the Victorian Government , the decision was made to Cancel the event at 11am on Friday Morning.

This year, all was not lost for us, having arrived on Wednesday we still had a busy day planned with the Renault F1 Team revealing their 2020 Livery for the R.S.20 with drivers - Daniel Ricciardo and Esteban Ocon and then of to tea with Colin and the Guys from Canon CPS, which was a great night, with networking opportunities with other Cannon Professional Photographers in a relaxed atmosphere over a meal and few beers..Thanks to the Canon Guys for a great meal and a great Night..

Picture Below - Daniel Ricciardo and Esteban Ocon from Renault F1 Reveal the 2020 Livery for their R.S.20.

Thursday ( our Favourite Day ) because its the day where all the drivers and team principals enter the track via Melbourne walk and greet the thousands of fans waiting to get an autograph from their favourite drivers.This year the Fia released a media statement - “Autograph sessions will now be conducted as Q&A interview sessions. Drivers will continue to utilise the Melbourne Walk but will not be closely interacting with fans for selfies, autographs or other direct engagement." ( FIA Via Twitter 11 March 2020) which was unfortunate but understandable given the current climate. Most of the drivers did walk though Melbourne Walk and but did not stop to address the crowds or take photographs. 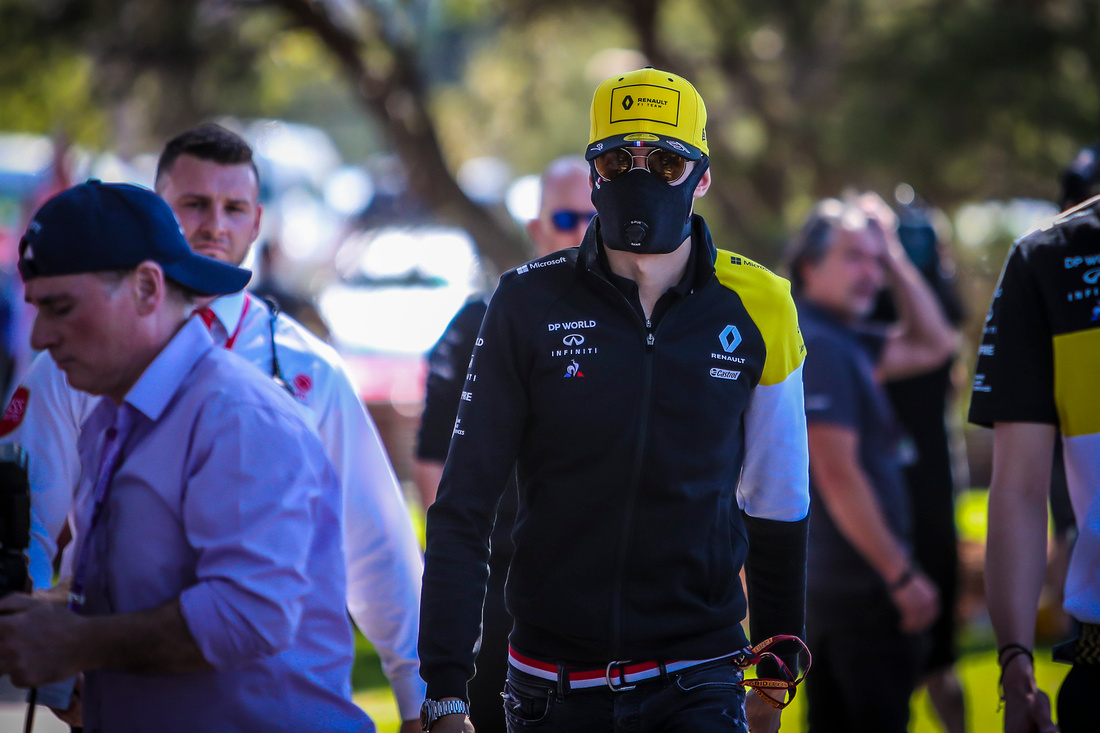 From Melbourne Walk we headed to the F1 Paddock for the 2020 Formula One Drivers Photos.
This is the first year we have covered the session and we were thrilled to tick it of our bucket list..The session took just on three hours with the drivers filtering though at regular intervals and with all photographers with their cameras at the ready..Some drivers stayed for one or two shots only and some stayed for much longer..it was very interesting but i did not dare move during the whole time in fear of loosing my position within the Photographers Gallery..But i think it payed off and I got some great shots.. 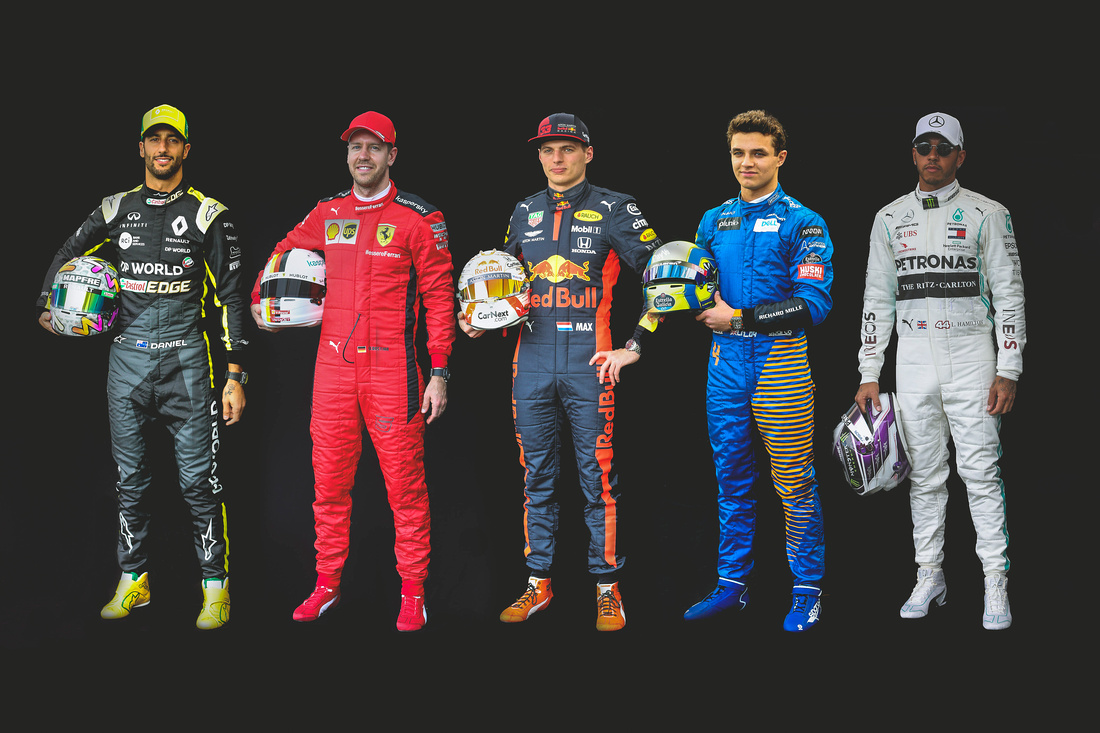 Busy Busy...We left the drivers Portraits and headed to the Williams Pits where myself and Fellow Photographer Dave Hewison were invited to a Q & A session with Williams Head of Technical & Innovation Partnerships Al Peasland.
It was great to hear the Williams teams plans, and hear their ideas for the 2020 season, we finished of the session with a tour of the garage and facility.Thanks to Anna Kocharova from Acronis for the kind invitation..I enjoyed it greatly..

Picture Below -The team prepping the Williams-Mercedes FW43 of George Russell.. 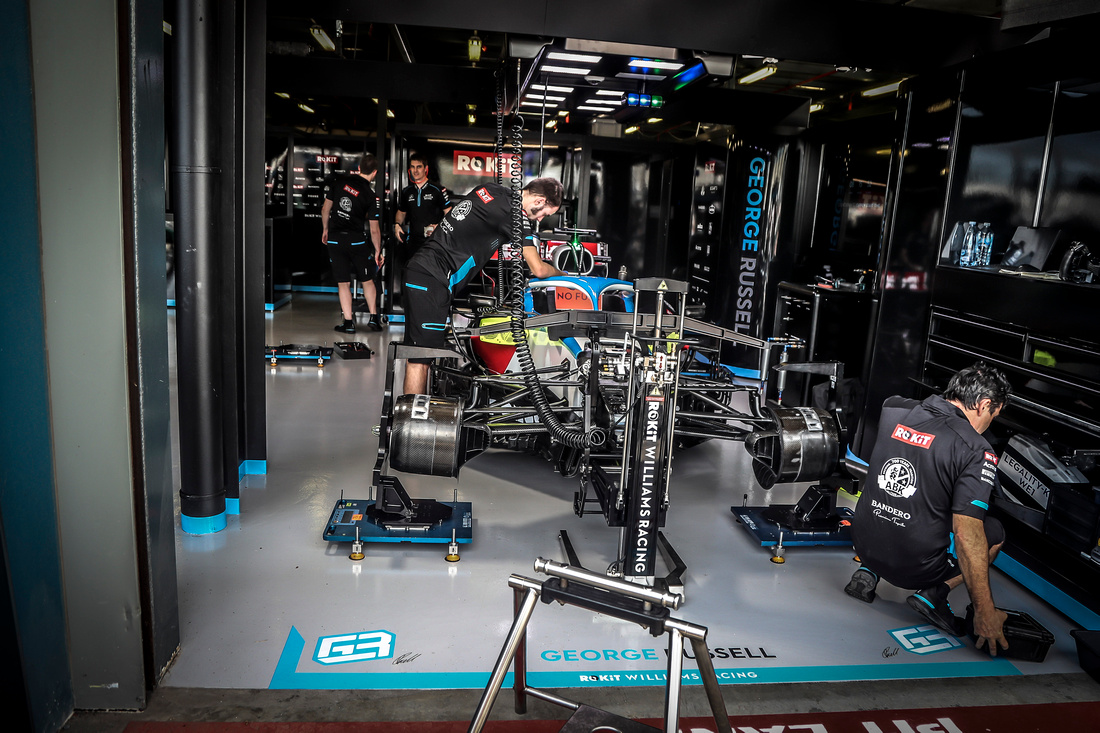 Friday we headed to the track at about 6am after all the news stories had broken, and the uncertainty about being locked out and being able to attend the track to pick up all my gear that was stored in the media center..and we just waited for news and updates from the  media center..Finally we received the email for the FIA and covered the Press conference to hear that the event was cancelled..