During last week and over the weekend we covered one of our favourite events of the year, the Australian Road National Championships on February 06, 2021 in Ballarat, Australia..Previously over the past few years we have covered the event but this year we covered the event extensively over the period from Wednesdays Time Trials through to the Elite Mens and Women's Road races on Sunday.Although the crowds were down on previous years due to Covid-19 Restrictions and the poor weather forecast a bumper crowd was in attendance os Sunday. 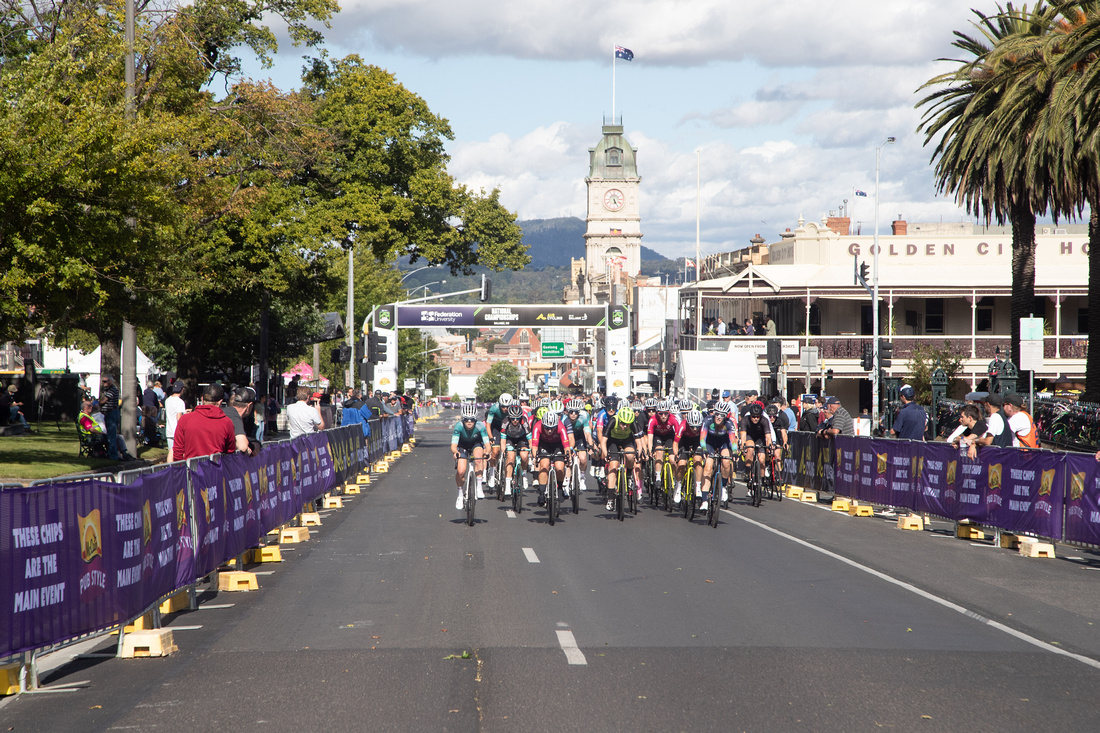 Pic - A General View of the Peloton during the Elite & U23 Women Criterium as part of the Australian Road National Championships on February 05, 2021 in Ballarat, Australia.

The U23 Women & Elite Women and Elite Mens Criterium ran their races around the streets of Ballarat in the late evening and despite the poor weather forecast the events preceded in great conditions with a huge crowds..The circuit for both events was 40 laps of the 1.1km track up the main street in Ballarat township which was perfect for spectators to get a view of all of the action that preceded. 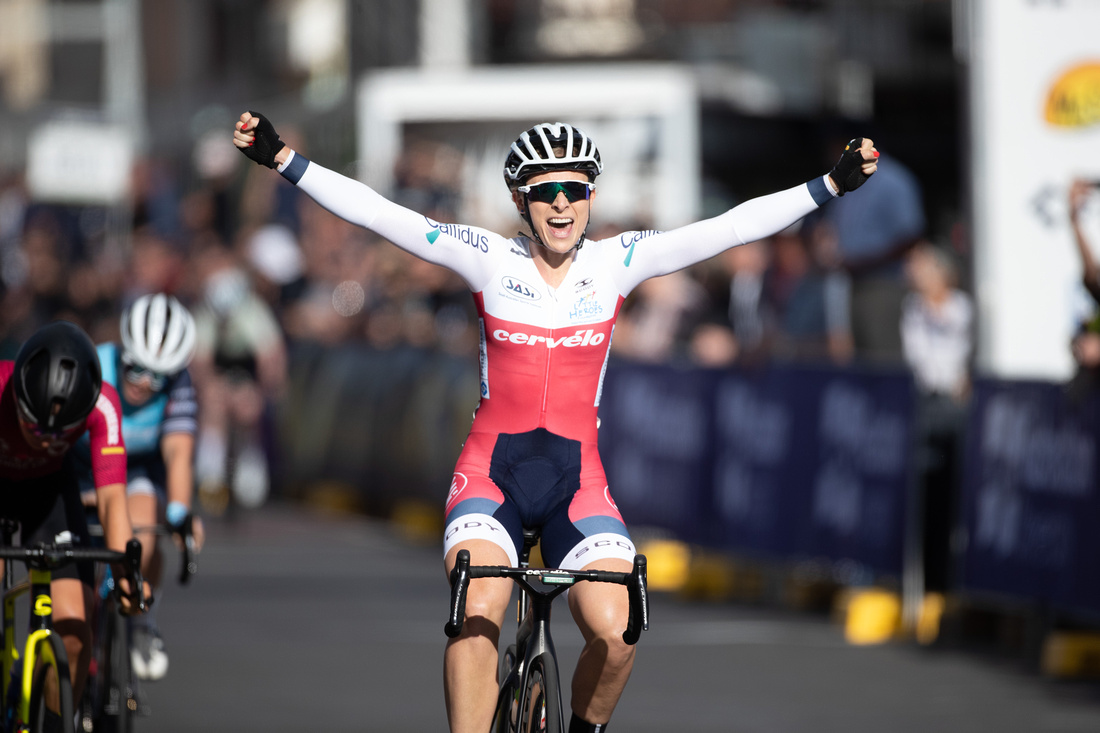 Pic - Annette Edmondson celebrates winning the Elite & U23 Women Criterium as part of the Australian Road National Championships on February 05, 2021 in Ballarat, Australia. 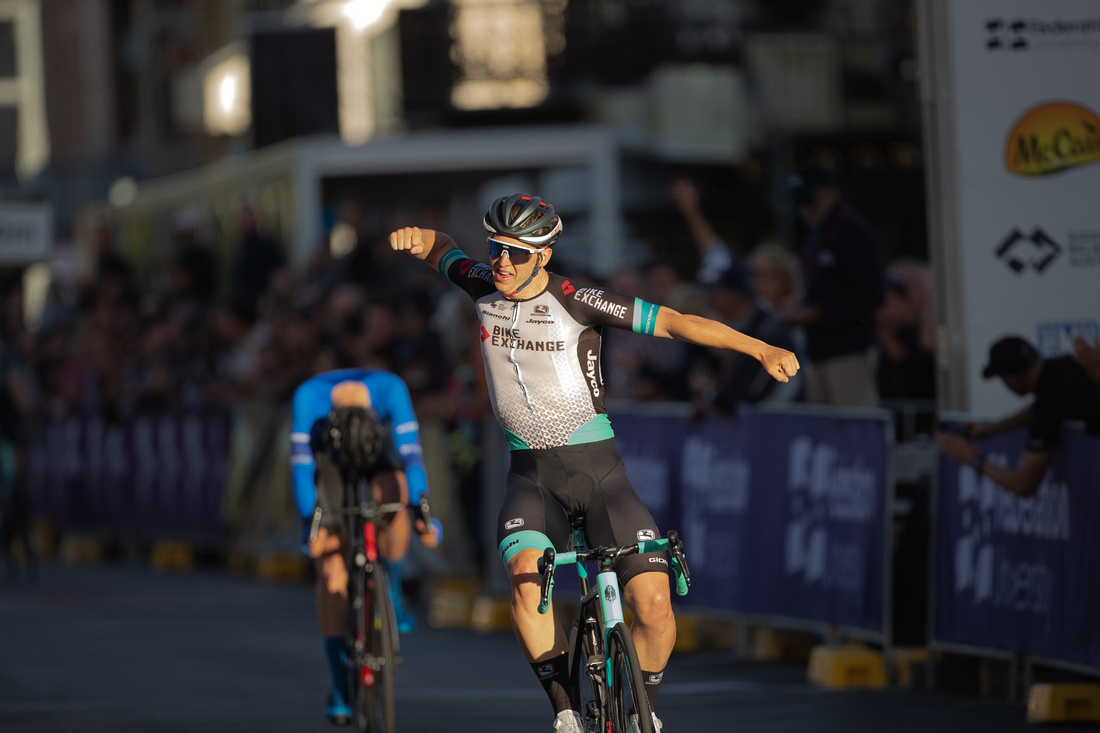 Saturday saw the racing move to Mount Buninyong road race circuit for the Para Road races,( with U19 men/women & U23 men after ) which was a highlight of the week and great to see the riders and sheer power and endurance that was on display over the day..The 2km winding incline that seems to go on and on at the start of the 10.2km circuit up to the top of Mt Buninyong is a test for the avid walker let alone some of the Para cyclist using just their arms must have taken sheer will power and endurance..the distances and laps per race varied per category with some events over the one lap up to other events over 6 laps.. 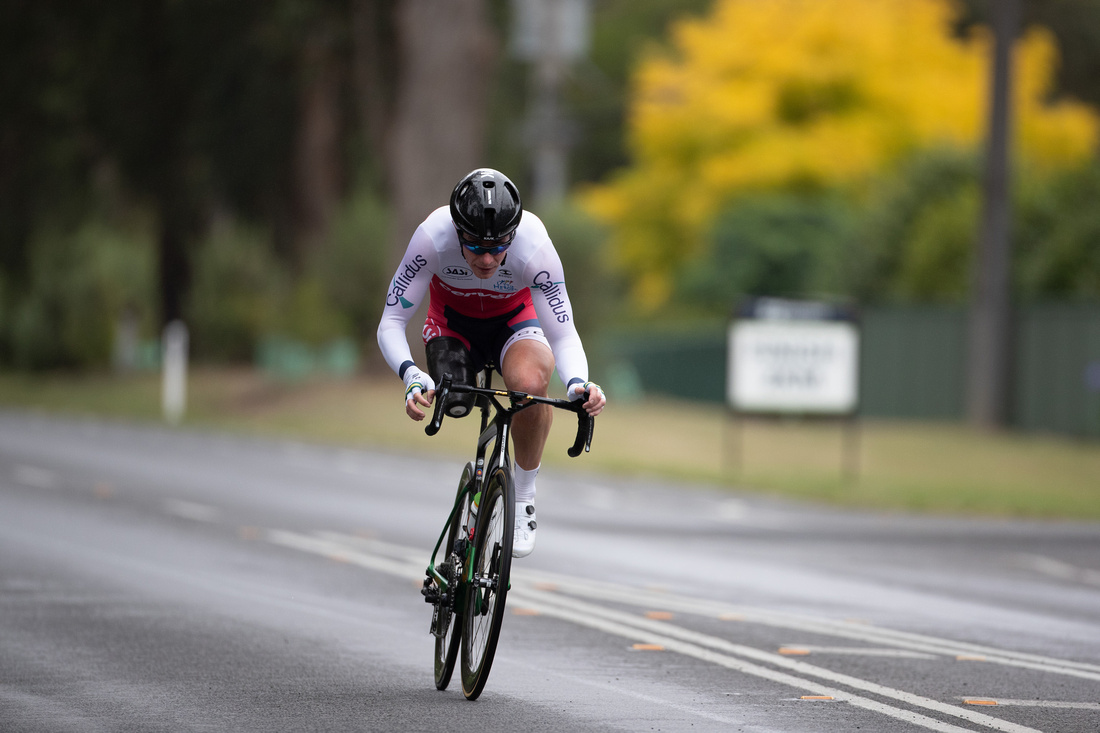 Pic-Daren Hicks rides during the Para-Cycling Road Race (Men C2) as part of the Australian Road National Championships on February 06, 2021 in Ballarat, Australia. 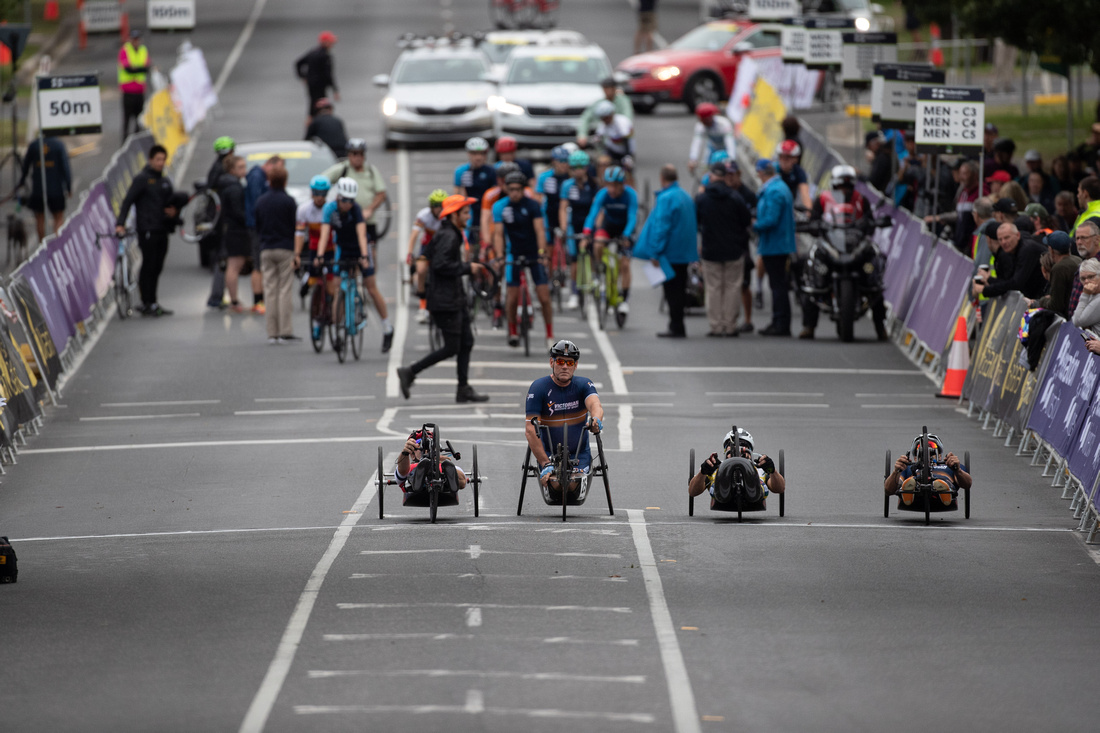 Pic-A general view of the start line before the Mens H3-H5 Para-Cycling Road Race as part of the Australian Road National Championships on February 06, 2021 in Ballarat, Australia

Sunday saw the main events with the U23 & Elite Women race through the course for 104.4km's 9 Laps and the Elite Mens race over 185.6km's and 16 laps.A huge crowd was in attendance to see some very competitive racing by all over the gruelling circuit with Sarah Roy (Team Bike Exchange ) winning the under 23 & elite women’s road race and securing the title for Australia’s only Women’s WorldTour team for another year with a solo victory.Grace Brown joined her teammate on the podium, coming second after beating Lauretta Hanson (Trek Segafredo) to the line while Emily Watts (KOM-Knights) took the under 23 title after coming in fifth. 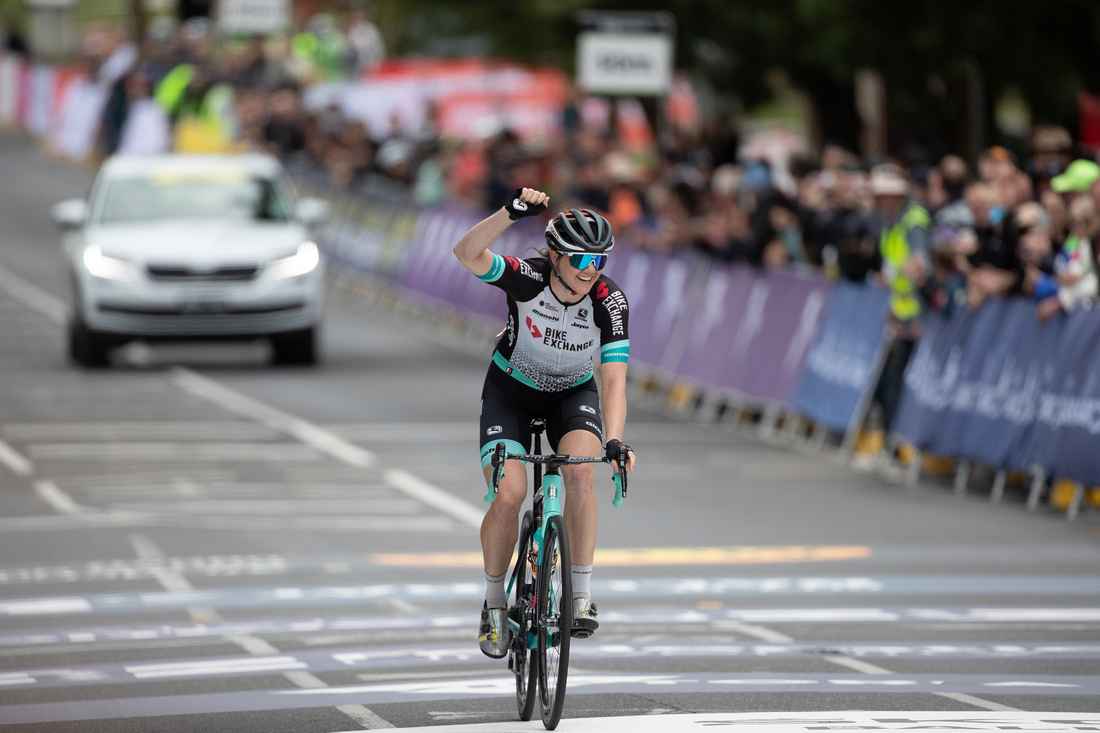 Pic- Sarah Roy celebrates her win during the Elite & Under 23 Womens Road Race as part of the Australian Road National Championships on February 07, 2021 in Ballarat, Australia.

Cameron Meyer ( Team Bike Exchange )defended his elite men’s road race title, winning from a group of seven after an unpredictable final couple of laps where the rider in pole position to take the top step seemed to change from moment to moment. Kelland O’Brien (InForm TMX Make) came second in the 185.6 kilometre race while Scott Bowden came third from a group of seven that continued to battle and swap position right up to the line. Meyer was an emotional winner last year when he secured the title after so many near misses and was beaming after taking it a second time. 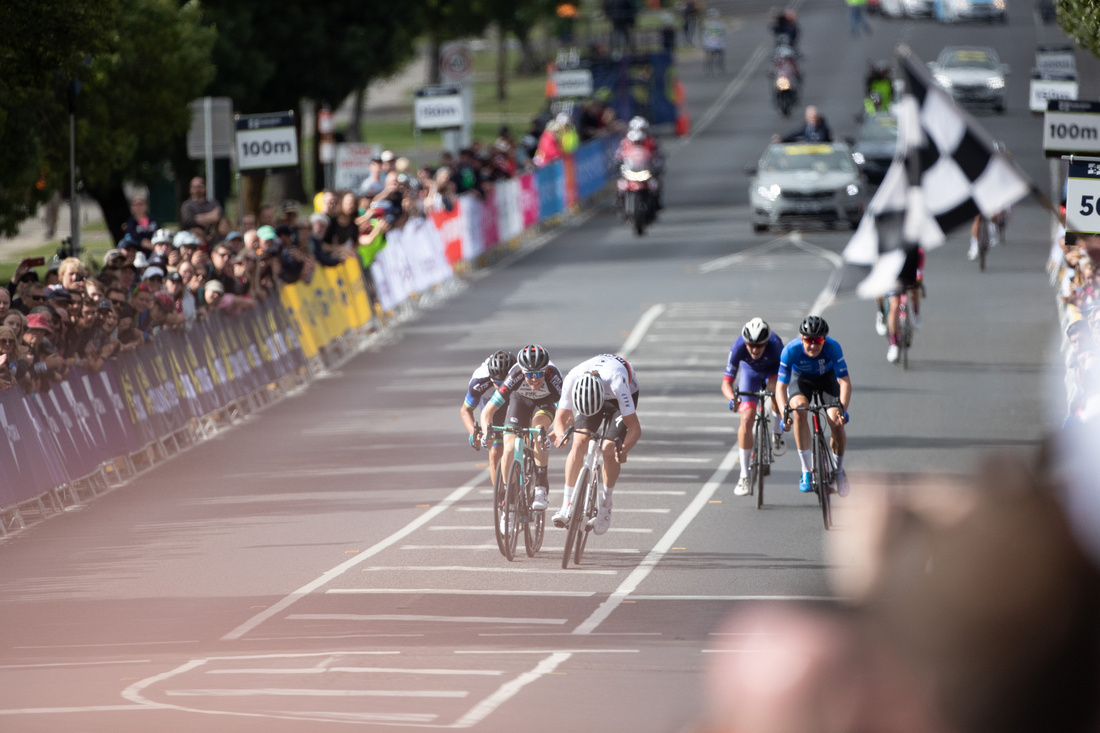 Pic-The race to the finish line with Cameon Meyer, Kelland O'Brien, Scott Bowden, Nicholas White and Jesse Ewart all finishing with nothing between them after the 185.6km Elite Mens Road Race as part of the Australian Road National Championships on February 07, 2021 in Ballarat, Australia.

A great event and we love and look forward to covering the event every year..We covered the event for Speed Media Australia so all images a copyright and for any editorial enquires please don't hesitate to get in touch..

Don't forget to check out our galleries from the event from the links below..